The World Is Getting Back In Business (feat. Tony Greer and Ash Bennington)

Senior editor Ash Bennington welcomes back Tony Greer of TG Macro to make sense of today’s price action as the equity markets roar to all-time highs. After the pair briefly discusses the significance of the news that Janet Yellen will likely be named Treasury Secretary, Tony shares his analysis on the value rotation away from the tech giants into cyclical reflation plays like banks, casinos, hotels, and energy. As Tony says, “the world is getting back in business”. Ash and Tony then look the performance of Bitcoin as it approaches its 2017 highs, and explore the future of gold as an inflation hedge. Lastly, Tony gives an update on his trades in the cannabis sector. In the intro, Real Vision's Haley Draznin analyzes the market rally to record highs as the Dow surpasses 30,000 for the first time ever and looks into the anticipated rebound in the economy for the second half of 2021.

Thanks for watching The Daily Briefing. Sign up here with your email address to have every episode delivered to your inbox Monday-Friday: http://rvtv.io/DailyBriefEmail

Do you want even more content like this? And to see this video before we release it here? Become a member of Real Vision -- get started for 30 days for only $1: http://rvtv.io/30daytrial

Real Vision™ is where you can gain an understanding of the complex world of finance, business and the global economy with real in-depth analysis from real experts.

The World Is Getting Back In Business (feat. Tony Greer and Ash Bennington)

This is pretty obvious, but we should probably say it anyway so that there is absolutely no confusion…The material in REAL VISION GROUP video programs and publications {collectively referred to as “RV RELEASES”} is provided for informational purposes only and is NOT investment advice. The information in RV RELEASES has been obtained from sources believed to be reliable, but Real Vision and its contributors, distributors and/or publisher, licensors, and their respective employees, contractors , agents, suppliers and vendors { collectively, “Affiliated Parties”} make no representation or warranty as to the accuracy, timeliness or completeness of the content in RV RELEASES. Any data included in RV RELEASES are illustrative only and not for investment purposes. Any opinion or recommendation expressed in RV RELEASES is subject to change without notice. RV Releases do not recommend, explicitly nor implicitly, nor suggest or recommend any investment strategy. Real Vision Group and its Affiliated Parties disclaim all liability for any loss that may arise (whether direct indirect, consequential, incidental, punitive or otherwise) from any use of the information in RV RELEASES. Real Vision Group and its Affiliated Parties do not have regard to any individual’s, group of individuals’ or entity’s specific investment objectives, financial situation or circumstance. RV RELEASES do not express any opinion on the future value of any security, currency or other investment instrument. You should seek expert financial and other advice regarding the appropriateness of the material discussed or recommended in RV RELEASES and should note that investment values may fall, you may receive less back than originally invested and past performances is not necessarily reflective of future performances. Well that was pretty intense! We hope you got all of that – now stop reading the small print and go and enjoy Real Vision.

Ash, the Vaccines have nothing to with Biden, it was Trumps “Warp speed” that gets the credit. Getty up....

Bitcoin? So why is this ‘not’ the electronic version of money under a mattress? Why is there value in Bitcoin, unless your deposit is used to fund some alternative market activities?

What a ridiculous rally.

LoL DC swamp is better than the kinda swamp with have had to deal with over the last four years.
But rest assured we will be on their case going forward. Everyone gets scrutinized...even our preferred swampy folks

The crypto crowd really got taken to the cleaners today. When will you ever learn? When the price spikes and you hear that great sucking dound?....that's your dollars leaving your pocket, you suckers.

So, no double dip even though the US stock market is so overvalued? The Buffet indicator is signaling red alert.

Correlation does not mean causation.

BTC will drop when the stock maket drops, so will gold. Only dollar will rise. A last hurray for the USD. Let's see who is left standing in the aftermath.

This man world view is so weird

I have always been a keen subscriber to this channel mate and keep up the great work ❣️? Online investment has been my first 1️⃣ priority even before this recent Covid-19 pandemic which made a lot of people jobless, however cryptocurrency(Bitcoin) has gained a lot of investors and trader lately because it is currently surging ? upward but it is wise not to just invest or trade blindly as this will be a wasted effort in making money. For me, bitcoin trading has been so much successful because i got involved in day trading with a working strategy/daily signals properly backed by a pro trader known as Douglas Murray. Due to my personal research on cryptocurrency, i got to discover that if you want to make profits, you need to trade with the insight, skills, and experience of an expert trader like Mr Douglas Murray which has been very profitable for me for the past 1 year now and in my first month of trading with his strategy, i was able to grow my initials from 1.2btc to 6.8 btc. I have not seen strategies as specific as that of Mr Douglas as his signals are very accurate. I will urge others who are willing to grow a strong portfolio to make use of his accurate and profitable signals now. Y'all can reach out to him through His * Mail *([email protected] com)" or Whatsapp +1 (832) 413-2374..

This guy always has Trumpism flowing from his ears....it's hard to take him seriously.

Tony Greer, founder of TG Macro, updates his oil thesis after nailing the bullish price action to start 2019. In this interview with Justine Underhill, Greer explains why he is no longer an oil bull, breaks down the technical and macro indicators he’s currently looking at, and discusses why oil volatility may be the best play at the moment. Filmed on May 9, 2019.

Top traders unveil their specific plans for cashing in on the market's next move. In these short videos, our traders cut straight to the point and lay out their thoughts on the best risk-reward trades of the moment. Each episode concludes with a visual recap of trade details including profit-loss potential and trade duration.

Real Vision™ is the destination for the world’s most successful investors to share their thoughts about what’s happening in today's markets. Think: TED Talks for Finance. On Real Vision™ you get exclusive access to watch the most successful investors, hedge fund managers and traders who share their frank and in-depth investment insights with no agenda, hype or bias. Make smart investment decisions and grow your portfolio with original content brought to you by the biggest names in finance, who get to say what they really think on Real Vision™.

For the full transcript: https://rvtv.io/2VDd4Bc

sat down with Tony Greer of TG Macro to get his take on the oil market. It's oil month here at Real Vision.

We recently aired an expert view with Diego Parrilla. And today, we have Tony with a new trade idea

playing on oil volatility. With that, please enjoy our interview with Tony.

So, today we're going to be talking about oil. That's actually the theme of the month at Real Vision. But

before we get into that, could you give us a little bit of your overview of the macro environment right now?

We've had a big pop in volatility. And I know that's something you've been focused on. So, what do you

TONY GREER: Yeah, what we're seeing I think is we've entered in a higher volatility regime in the equity

markets, and that's starting to play out finally this year after four months of a retracement rally in the stock

market, right? We started with a Mnuchin rescue at Christmas and we basically run lockstep into a rally

with crude oil, the S&P, Bitcoin, a lot of the risk on parameters rallying now. We've reached a point where

we're seeing some pressure on China now. The world, the media wants to blame it all on Trump tweets,

right? They want to say that the President erased this much of the stock markets value because of a Trump

$30 billion. And to me, that's impossible that it could be wagging trillion-dollar markets around it. So, I'm

the yuan is weakening because they're seeing a series of defaults in China. The PBOC has been very liberal

lending money out. And what we're seeing is an explosion in default rates.

billion yuan in defaults in the first third of the year. So, we're on a record pace once again after 2018

weakening and flows are moving once again out of China. And it's wobbling the whole risk complex, right?

The S&P has backed off of its highs. That's gotten a little bit of help from an earnings miss from Google,

Google just relocated a little bit lower after earnings. And the semiconductor space which was leaving tech

higher reached a pinnacle and has backed off a little bit.

When talking China and its currency it would be nice to properly pronounce it...: it is Yuan (as in You-An), and not Won (which is the Korean currency).

They're going to use the secret US reserves as USA goes away from oil backed ccy.

It is Olive Oil vs Coconut Oil, none good for your diet.

Copper and Chinese demand tho

Real Vision puts out quality content, this channel is a gem

Please try to get Nassim Taleb to come on the show!

Finally someone who knows wtf they are talking about. 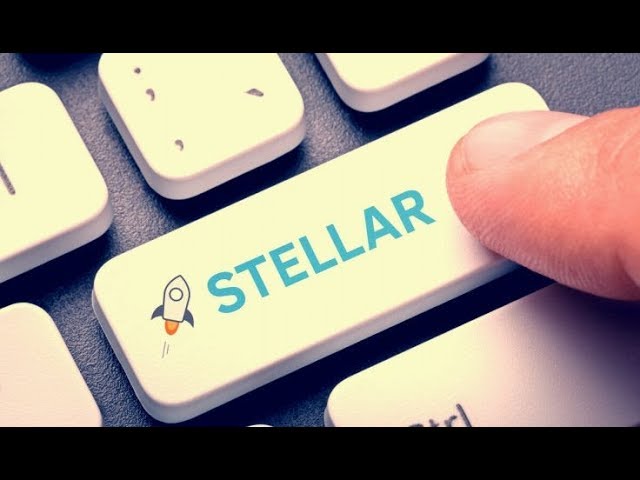 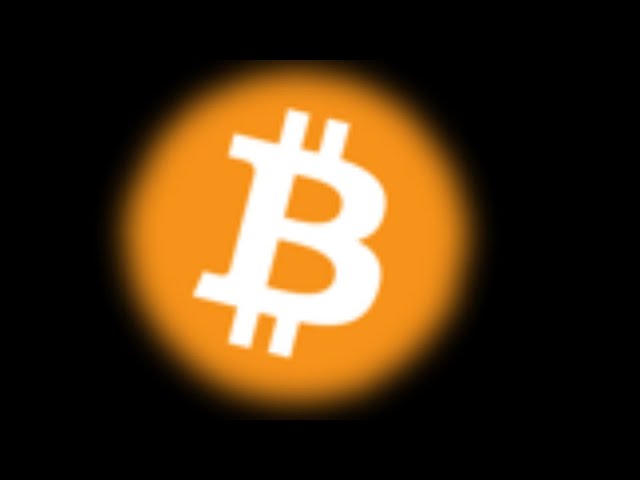 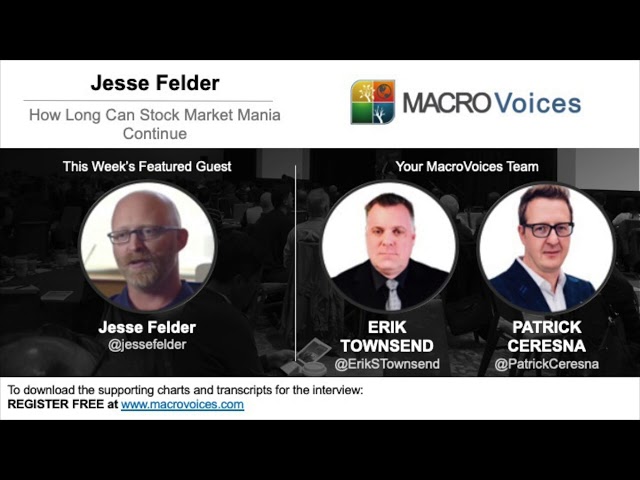 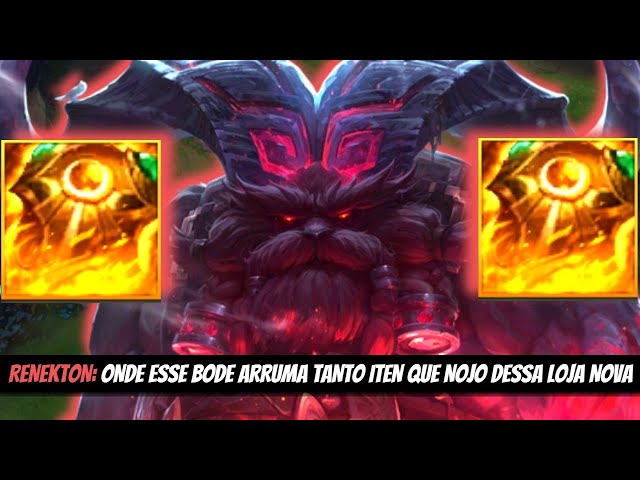 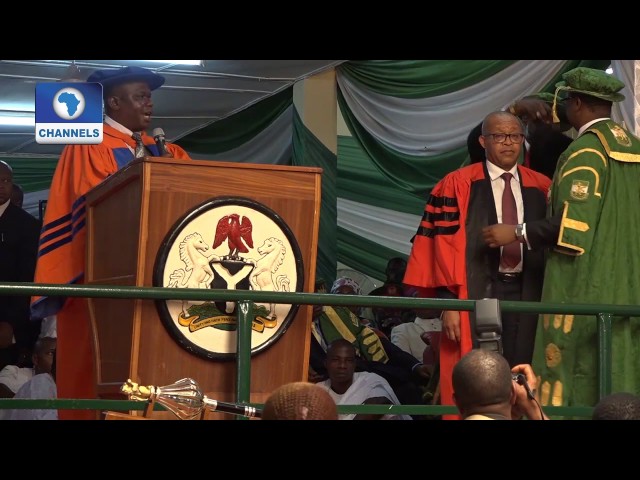